Karma theory is a kind of an ancient Indian Darwin’s theory: US theology expert 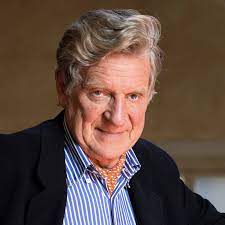 Speaking about Sanskrit Buddhism at a two-day virtual interdisciplinary conference on ‘New Directions in Indic Studies’, Professor Robert Thurman, Department of Religion, Columbia University compared Karma theory as elaborated by Buddha to Darwin’s theory (of evolution). “It is to have been a kind of biological theory explaining the variety of living forms and living beings, a kind of an ancient Indian Darwin’s theory, one that is for the individual, not only for the species, but for the individual, their individual life and real life, life and death and rebirth,” he said.

FLAME University, Pune, along with the Indian Institute of Advanced Study (IIAS), Shimla, had jointly hosted the virtual event on May 12 & 13, 2021.

Adding to the understanding qhile speaking about ‘Darshan’, Professor Chris Chapple, Loyola Marymount University said that to take Darshan from or with a vowed Jain monastic can be a very transfixing, transforming and transportational experience.  Professor Lavanya Vemsani, Shawnee State University spoke about how respect for waterbodies, trees and other animals is embedded in texts and lifestyles and is  also represented in inscriptions, but not incorporated into history. Values that represent India must be a part of Indian history and its evolution.

Professor Jeffery D Long, Elizabethtown College believed that  to simply dismiss an entire world view or a belief system is mistaken, because we might be dismissing what might be valuable knowledge, this is a more non-violent approach to otherness and difference. In another session, Professor Frederick M Smith, University of Iowa spoke about the knowledge of forests and villages in Vedic ritual and bringing together the forces of the Grama along with the forces of Aranya.

A vast majority of the elderly unable to bear expenditure on health: IITM Research

SEPC plans a portal for the internationalization of higher education