Big stories 2022: Revised CCFUP latest in the series of regulations by UGC

In its determination to implement the National Education Policy (NEP) 2020, the BJP-led Government at the centre, in the just bygone year 2022 stepped on the gas  with the higher education regulator,  University Grants Commission (UGC), effecting a series of regulatory changes from birthing Common University Entrance Examination (CUET) to now the latest announcement of revised ‘Curriculum and Credit Framework for Undergraduate Programmes (CCFUP)’ even though the regulatory structural reform of setting up of the Higher Education Commission of India (HECI) has been delayed or perhaps deliberately put on backburner at the moment. 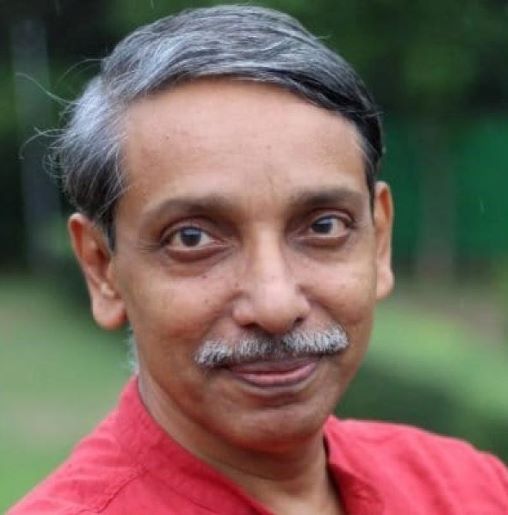 Ever since Prof Mamidala Jagadesh Kumar assumed charge as the chairman of the UGC in February 2022, the regulatory overhaul of India’s higher education has been going on as per the script and with speed. Prof Kumar, an IITian and a low key professor of electrical engineering at IIT Delhi who came to limelight by being appointed as the vice-chancellor of Jawaharlal Nehru University in 2016 (remained VC till Feb 7, 2022) to quell left-liberal ‘anti-nationalism’ and ‘urban naxalism’ in the larger campaign of ‘ideological cleansing’ of public universities by Sangh Parivaar backed BJP, is emerging as the face of higher education overhaul in the country despite him publicly having repeatedly denied any links to RSS.

Nevertheless, the UGC chief deserves all the credit for having prioritized the NEP 2020 prescriptions and pushing the envelope. In almost a regular feature beginning with CUET, UGC has made notable regulatory reforms and rules during his stint to pave the way for NEP 2020 implementation process. One of the major objectives of the policy is increasing the GER to 50% by 2035 and towards its realization, UGC has given a fillip to online and distance education besides integrating flexibility within the system and increasing student choices. The digital university with Delhi University as the nodal university will commence this year. Bringing online degrees at par with physical degrees, allowing 40% courseware online,  operationalization of Academic Bank of credits (ABC) portal in conjunction with multidisciplinary and multiple entry/exit options for students, is a kind of foundation that has been laid so far.

The Commission also issued notifications on hitherto two important stumbling blocks of meeting the faculty demands of a growing higher education system by way of allowing the post of ‘Professor of Practice’—a non-Ph D industry experienced faculty member and two by doing away with the requirement of Ph D scholars being required to publish research articles in peer-reviewed publications or present in conferences before start of writing thesis. This step along with direct entry to Ph D for bright students who complete 4-year undergraduate research program, will increase the number of Ph D students most of whom will be absorbed by the higher education itself.

Also, internationalization by allowing twinning with foreign higher education institutions and hiking the intake of foreign students for supernumerary seats to 25% regulations have been notified. Setting up of campuses abroad by Indian HEIs has also begun and efforts are on to offer foreign HEIs a framework to open campuses in India.

As mentioned above, the latest in this regulatory overhaul series has been the new “Curriculum and Credit Framework for Undergraduate Programmes (CCFUP)” as announced on December 12, 2022 and incorporates a flexible choice-based credit system (CBCS), multidisciplinary approach, and multiple entry and exit options for Undergraduate Program students as has been outlined in the NEP 2020 and draft for National Higher Education Qualifications Framework (NHEQF).

According to UGC chairman, Prof M Jagadesh Kumar, the new flexibility introduced into the UG degree programs will provide students opportunity of coming back to complete their degree programs if for any reason they have to dropout during their study besides providing them a recognizable qualification that can help their careers instead of living with the tag of being dropouts. He also said that the new system will align county’s UG programs with 4-year UG system internationally. “The framework has been released fairly in advance, universities have time to take approvals from statutory bodies like academic and executive councils and mobilize resources for its implementation from next academic year,” he said in a TV interview (Sansad TV) while making it clear that it is upto universities to decide if they want to extend the new CCFUP to existing students from second year onwards.

While the change was already anticipated after NEP 2020 recommendation, the university administrators have started reading between the lines after this announcement. Some of the areas that may pose a challenge besides research infrastructure and teachers will be standards, credit transfers and pricing.   For example, since student can earn 40% credits through online mode, institutions need to work out their fee structure as student may not like to earn all 40 credits during a semester through physical mode.

“For the effective implementation of multiple entry multiple exit, for every programme, skills must be identified for every level across the country. Otherwise, students without fulfilling the pre-requisite if joins at diploma or degree level would face challenges. Offering bridge course to cater the diverse need may be a challenging task otherwise. Institution can fix the minimum credit limit for which a candidate must register during a semester in physical mode otherwise they will find it difficult to sustain and will have to bear the cost of faculty & maintenance of Infrastructure. Keeping these few points in mind, and 40% credits that a candidate can earn through online mode, regulatory bodies also need to redefine the infrastructure & faculty requirement for institutions,” feels Dr. Sangita Banga, Pro-Vice Chancellor, Manav Rachna University, Faridabad. She also points out to another challenging area while addressing lateral entries, “As per Admission Path defined for Undergraduate Programme (First Degree), the in-take for lateral entrants to the second year/third year/fourth year of a first-degree programme will differ every year depending upon the number of candidates who have entered or exit at different levels, institutions unable to fill these vacancies will not be able to sustain for long.” The standalone category of institutions are also likely to face challenges in offering multidisciplinary programmes and adopting to credit system.

The revised CCFUP will chiefly have a profound impact on the hitherto existing 3-year undergraduate degree programs (BA, BSc, B Com) being taught in majority of 42,343 colleges in India as these will also become 4-year UG programs after adaption of the new Framework. Under the new framework in contrast to the earlier scheme that emphasized mainly upon Choice Based Credit System (CBCS) only, students have now more flexibility, option for multiple entry multiple exit, earning certificate/diploma/degree/degree with honors or research depending upon the levels they clear and credit earned. It is pertinent to mention that most technical education UG programs are already of four-year duration though the new framework in the rest of the aspects will as well apply to them.

As per the revised CCFUP, flexibility and choice has been introduced for the student by way of multiple entry and exit during the four years of UG study program. The choice is not only limited to subject combinations but mobility between institutions and learning modes as well. Both online and skills education have been integrated in the new scheme for flexibility.  Importantly, a minimum of 12 credits will be allotted to the ‘Minor’ stream relating to Vocational Education and Training and these can be related to the major or minor discipline or choice of the student.

Now under the new system to be introduced from 2023-24, a student on completion of first year of study or two semesters totaling 40 credits earns a certificate, after two years and 80 credits a diploma and a degree after three years and 120 credits. However, students will be permitted to take a break from the study during the period of study for three years and they will have a maximum of seven years for en-entry and completing the programme if they wish to. Students who secure 75% marks and above in the first six semesters and wish to undertake research at the undergraduate level can choose a research stream in the fourth year, which will be in major discipline only. The fourth year will comprise of 40 credits and will be a research program and the student will earn an honors research degree.

While this year (2023) will be a year of more transformation for India’s higher education as the teething challenges begin to settle and stakeholders get used to the new paradigm as it gets build up with more implementation measures and perhaps more budgets, the incommensurate infrastructure as demonstrated by DU’s compulsion to turn some batches into online for lack of classroom seating despite working in shifts, unless addressed with realistic spends and provision, may actually risk undoing the existing best of country’s higher education ecosystem.

Beyond this the political message is still intact. As the ruling BJP tries to invent the remix for fulfilling its (2019) manifesto sankalp (resolution) of ‘promotion of our cultural heritage at a global level and continuance of a multi-dimensional progress’    and ‘ensuring a global, scientific, outcome-focused, knowledge-oriented, accessible, inclusive and student-friendly education system’, it clearly knows, it will be questioned on its performance in higher education sector in coming months as the 2024 General Elections draw closer. So, while it used the first term (2014-19) to replace the old ecosystem with its own, it now clearly focused on selling NEP 2020 not only as a vote catching instrument but also browbeating its criticism by opponents and public intellectuals to resurrect a favorable narrative in coming months . In all this, politicization of education, a New India, is beginning to take shape for sure!

Budget Expectation: EdTech expects micro-level challenges will be addressed in the Budget 2023-24

Trends for 2023: Tomorrow’s Education is Technological